You can support KYRS by drinking coffee! Every first Monday of the month, KYRS gets 10% of the proceeds at Caffe Affogato.

An Evening with David Barsamian

$10 tickets available at kyrs.org or at the door

$5 for students with ID

Sponsored by the Washington Chapter of the Progressive Democrats of America and Spokane Veterans for Peace. 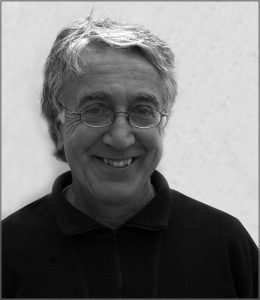 One of America’s most tireless and wide-ranging investigative journalists, David Barsamian has altered the independent media landscape, both with his weekly radio show Alternative Radio—now in its 33rd year—and his books with Noam Chomsky, Eqbal Ahmad, Howard Zinn, Tariq Ali, Richard Wolff, Arundhati Roy and Edward Said. His latest book with Noam Chomsky is Global Discontents: Conversations on the Rising Threats to Democracy. He lectures on world affairs, imperialism, capitalism, propaganda, the media, the economic crisis and global rebellions.

David Barsamian is the winner of the Media Education Award, the ACLU’s Upton Sinclair Award for independent journalism, and the Cultural Freedom Fellowship from the Lannan Foundation. The Institute for Alternative Journalism named him one of its Top Ten Media Heroes. He is the recipient of the Lifetime Achievement Award from the Rocky Mountain Peace and Justice Center. In 2017 the South Asian Network for Secularism and Democracy presented him with their Lifetime Achievement Award. He has collaborated with the world-renowned Kronos Quartet in events in New York, London, Vienna and elsewhere.

Barsamian was deported from India due to his work on Kashmir and other revolts. He is still barred from traveling to “the world’s largest democracy.”

The Boulder Weekly published this feature about him.

David’s book with Edward Said – Culture and Resistance – will be reissued in a new edition with a new intro by David. It had been out of print because the publisher closed. Haymarket is the new publisher, and we are very excited the book is available again. The first book with Edward Said was The Pen and the Sword. This one is even better!

Also available at the event will be Global Discontents, David’s latest book with Noam Chomsky.

Read more
Tags: KYRS
May
1
Wed
KYRS is the round-up recipient in May at the Main Market
Tickets
May 1 – May 31 all-day 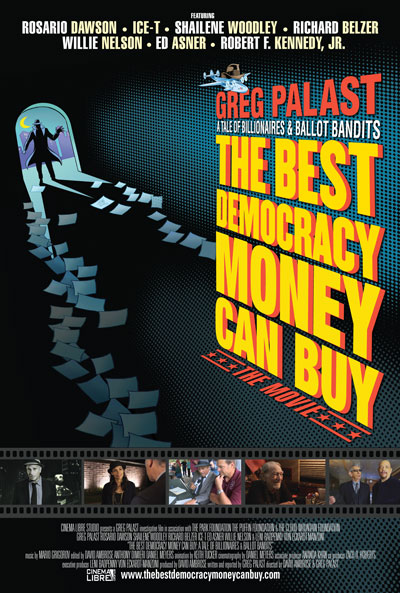 With a Skype Q&A with Greg Palast after the film

Join KYRS at Lindaman’s Gourmet To-Go & Neighborhood Bistro for Community Day. On Wednesday, June 5th, Lindaman’s will donate 15% of all sales to KYRS! Lindaman’s is open from 8AM to 8PM. Grab an espresso and breakfast in the morning, meet for lunch, bring the family for dinner, or meet friends for drinks after work. Enjoy great food and drinks, AND support KYRS. Lindaman’s is located at 1235 S. Grand Blvd. Call the station for more information: 747-3012

Thousands of records and more, from vendors from around the state.

Help KYRS conduct outreach and build its membership by distributing leaflets on doorsteps around the city. Volunteers will target specific neighborhoods around the Spokane area, and leave an information piece on screen doors/doorsteps.

Includes coffee, donuts and refreshments at the training session in the morning. 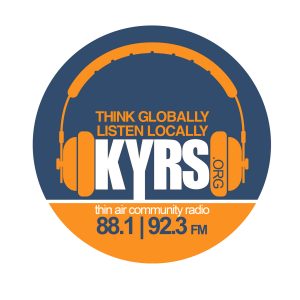 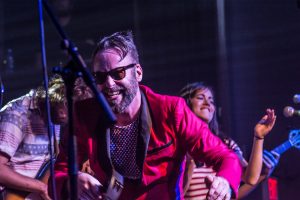 http://kyrs.org/store/ ALL TICKETS ARE WILL CALL

In the summer of 2013 a group of Portland, Oregon musicians got together around the love of Talking Heads music. Especially that of the epic 1984 concert film, Stop Making Sense, which they consider to be the most brilliant concert film of all time. They began to perform with a 7-piece lineup that was inspired by that particular movie and time period. “There was so much funkiness, movement, and excitement to the music in that movie and we just knew it would get people excited and feel fresh” says Lawrence Orleck, co-founder and singer in the band.

Audiences keep coming back to see LDW. Not only for their exuberant interpretations of the legendary Talking Heads, but also for their original music, improvisation, choreography and the random experiences they deliver at every one of their shows.
http://ldwband.com

What Is Pirate Radio:  The year is 1966, and despite England’s successful production of some of the most famous rock ’n’ roll bands in the world, the national British radio only plays two hours of the music per week. To combat this, a group of DJs have established a radio station on a small freighter in the middle of the North Sea.

Where: Garland Theater is located at 924 W. Garland Avenue, Spokane

Where can folks by tickets? At the Garland Theater or Fandago.com 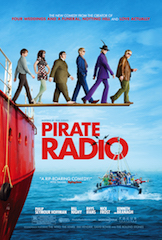